Price Benowitz LLP is continuing to serve the community during the COVID-19 outbreak through the implementation of The Helping Hand Initiative. This plan seeks to help individuals who are more vulnerable to the virus by enlisting volunteers who can deliver groceries, medicine, and other necessary supplies. If you would like to volunteer or know someone who may be in need of assistance, please contact helpinghand@pricebenowitz.com.

Because your health is of the utmost importance to us, our team has begun working remotely. Our plan is to continue providing excellent service to our clients while ensuring the safety of our community and yours.

Karin Porter handled my case professionally and quickly. She was patient and listened to what happened to me. She understood and helped me when I needed a lawyer the most.

When nobody believed in me, Mr. Benowitz did. I am more than grateful to have met him and I highly recommend his services to EVERYONE out there!

Meghan was so helpful and attentive to every detail. Can’t go wrong with choosing her to represent you.

There are several reasons one may be charged with a crime including mistaken identity, false accusations, lack of restraint, poor judgment, or feeling that one had no other choice but to commit certain actions. Regardless of the circumstances that led to a criminal charge, if you are accused of a criminal offense in Virginia, you would be wise to learn as much as possible about the charges you face. If you or a loved one is facing criminal charges in Fairfax, Stafford, or another part of the Commonwealth, it is important to consult with a Virginia criminal lawyer who has experience handling cases from reckless driving to fraud.

Tell Us More About Your Case 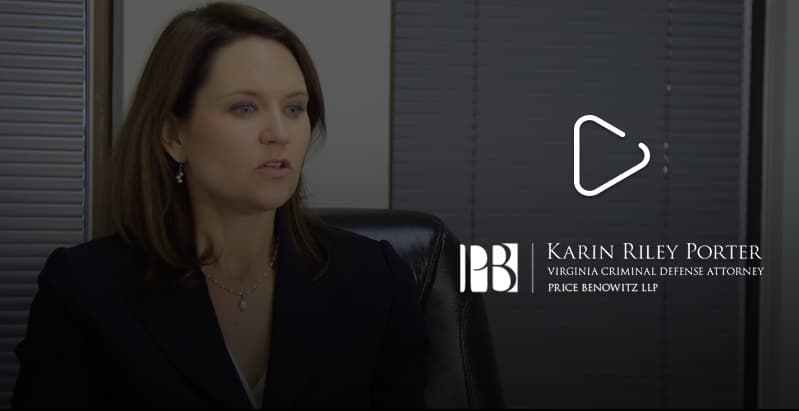 Virginia crimes are charged as either misdemeanor or felony offenses. A misdemeanor is considered a less serious crime than a felony, with a maximum jail sentence of one year. Violent crimes, high dollar property crimes, and serious drug crimes are generally considered felonies and carry prison sentences of up to life in prison. Certain crimes, such as DUI and assault, may be charged as either a misdemeanor or a felony, depending on the circumstances surrounding the offense. For example, first offense DUI is a misdemeanor punishable by up to a year in jail, but subsequent offenses may be charged as felony DUIs. Assault is generally charged as a misdemeanor, but aggravated assault is considered a felony. Other crimes remain firmly planted in the misdemeanor category, such as disorderly conduct. Reckless driving is another common criminal misdemeanor in the Commonwealth of Virginia.

If you are looking for more information regarding the types of charges you are facing as well as the possible penalties associated with a conviction, our team of diligent Virginia criminal lawyers is here to advise you. To speak with an experienced Virginia criminal attorney regarding your case, call (703) 659-9932 or (888) 415-8090 for a free consultation.

If you have been charged with a crime in the Fairfax area, you will need a skilled Fairfax criminal lawyer working diligently on your behalf. Karin Riley Porter is just such an attorney. Call today for a free, initial legal consultation. Ms. Porter and the attorneys that she leads in the Virginia criminal practice groups can prepare you for the challenges that you face and help you understand the potential consequences of your specific charges.

Through this initial meeting, she can begin to develop a defense strategy; one that is aimed at either eliminating the charges or, if that’s not possible, working to have them reduced to lesser offenses. Additionally, Ms. Porter will be able to explain certain aggravating and mitigating factors to keep in mind while moving forward with your case. If a conviction is inevitable, she and her colleagues will work with prosecutors to secure a plea agreement that can minimize the potential penalties. Call her Fairfax law office today.

If you are looking for more information regarding the types of charges you are facing as well as the possible penalties associated with a conviction, our team of diligent Virginia criminal lawyers is here to advise you.

A Virginia criminal defense attorney based in Fairfax is well-suited to provide legal representation for clients who are facing a variety of criminal offenses in the region. From reckless driving to DUI charges, from theft to traffic violations, from gun offenses to drug charges — and everything in between — a successful Virginia criminal lawyer is knowledgeable about the laws of the Commonwealth, effective courtroom strategies, and the proper questioning and investigative procedures. Having a proficient legal advocate in Fairfax on your side is paramount to maintaining your rights and your freedom.

No matter the charges, an experienced Fairfax criminal lawyer can provide you with a case-specific defense to help you avoid conviction and the maximum penalties that may be ordered by the Virginia courts.